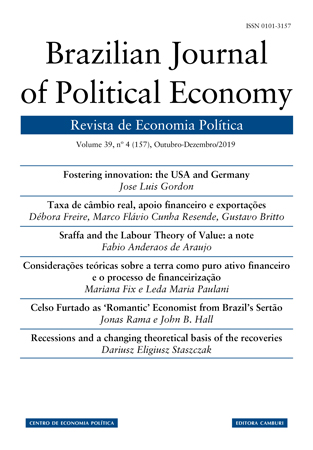 In The Romantic Economist (2009), Richard Bronk laments thatEnlightenment thinking dominated Economics during its formation as a science. As counterpoint, the ‘Romantic Movement’ had much to offer but remained peripheral. Consequently Economics embraced the centrality of rationality and other Enlightenment precepts, leading to a ‘social-physics’. Meanwhile human characteristics such; as sentiments, imagination and creativity were eschewed. While Bronk fails to identify an in-the-flesh ‘Romantic’ Economist’,our inquiry seeks to establish that indeed Celso Furtado qualifies. Profoundly influenced by his sensitivities and attachment to place, Furtado relies upon an organic metaphor – osertãonordestino – for insights into complexdevelopmental processes.