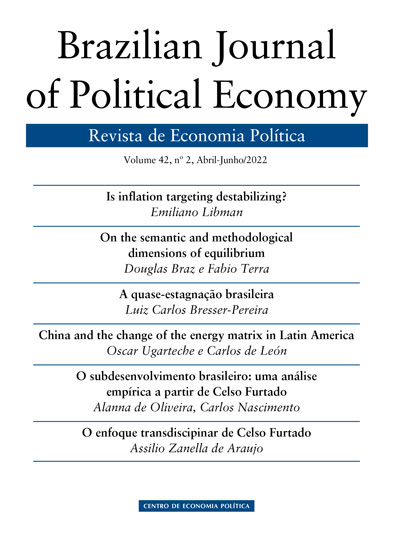 Brazil’s quasi-stagnation and the new developmentalism

From the 1980s, Brazil quasi-stagnated while East-Asia continued to grow. What
went wrong? Classical developmentalists and post-Keynesians argue the cause was the
desertion of the national developmental project based on structural change or industrialization.
New-developmental economics agrees but is more specific: two historical new facts reduced
investments. In the 1980s, a fiscal crisis of the state defined by negative public savings, broke
up. This crisis, which was not resolved, led to the fall of public investments. As to private
investments, they also have fallen as a percentage of GDP (when we compare with the 1970).
They have fallen due to an action and an omission. The action was the mistaken adoption of
growth with foreign indebtedness policy and the consequent excess of capital inflows. The
omission was the suspension of the neutralization of the Dutch disease. Both resulted in a
long-term overvaluation of the exchange rate and stopped industrialization.